The FieldHouse Arena is the perfect facility for hosting golfers! With an indoor driving range, and private or small group lessons for players of all ages, players come to the FHA to improve their golf game.You can work on all the clubs in your bag, whether it is the off-season or you need to practice before hitting the links.

The FieldHouse Arena is a great resource for golfers of any age or skill-level, we even have a local golf pro who can break-down your swing and get you to hit more fairways and greens! Reserve a lesson today!

We have posted “Open Range” times for use of our indoor range along with opportunities to work with our Golf Pro Bruce Hamilton. Check the schedule and come work on your swing!

We also offer weekly clinics where you can collaborate with our Golf Pro Bruce Hamilton and our Pro Trainer and Body Mechanics Advisor Kevin Livesque. They will help mold you to become a better, more composed golfer. Each session will focus on certain points which to improve your stance, swing, and follow-through. 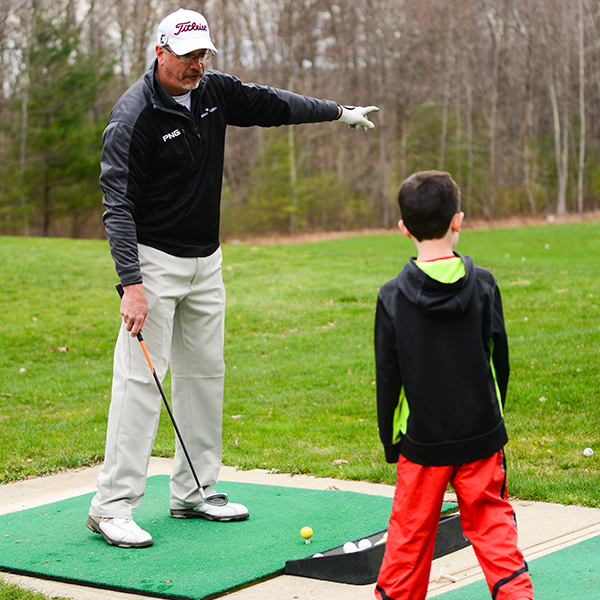 My goal as a golf instructor is to help each student discover his or her unique swing. A swing, which is there’s and there’s alone, and which will take them as far into the game as they wish to go while maintaining the awareness that first and foremost the game is meant to be fun and a source of lifelong enjoyment.

It is also to make each student realize that the game is far more than just a physical movement, that what goes on inside has a direct influence over the best of swings. So as instructor and student we will explore the importance of both and the close relationship one aspect has with the other. I also look to grow the game by introducing new golfers of all ages to the joy and magic the game has to offer.

It’s also a family game, one that can be played for a lifetime across generations, affording mom’s, dad’s, son’s, daughter’s and grandparents and grandchildren the opportunity to play the game together in beautiful outdoor settings.

Golf is more than just a game, it’s an opportunity and what that opportunity may be for each individual is what we will set out to discover together. 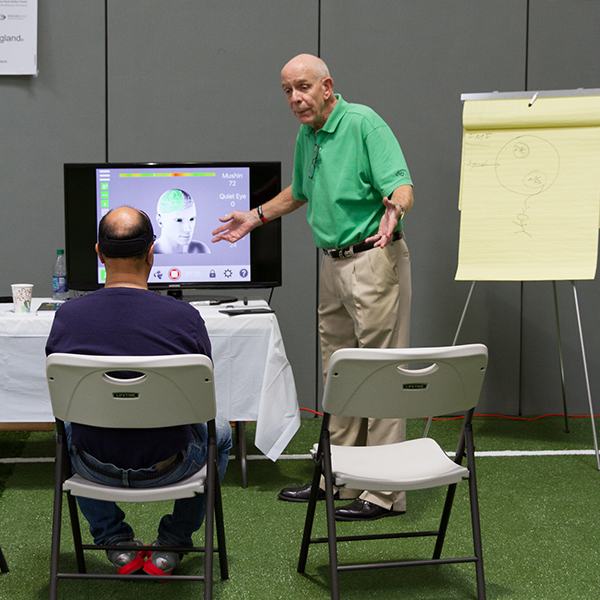 Steve Riggs, (PGA Retired), played college golf at Indiana University - Bloomington. He has been teaching for over 35 years working with students of all skill levels around the U.S. and Caribbean.

Originally from central Ohio, Steve dedicated his life to teaching after rebuilding his swing following a freak accident during a golf tournament that forced him from the golf profession for over seven years. “I’d taken my swing for granted growing up. I always seemed to know my golf swing worked but never really put any work into it. I tried to recall my coaches and teacher’s wisdom from childhood through college. Eighteen months and roughly 140k balls later, I knew I wanted to teach and help golfers help themselves.”

Steve was invited to Co-host the 41st USGA National Juniors Golf Tournament at the Yale Golf Club in 1988. From there he held teaching positions at various venues around the country and Caribbean.

“I’ve always believed it critical to find out how a student thinks. If I can do that, then possibly I can help them with their swing and game.”

After years of traveling, his old injury forced Steve to cut back on his teaching. He moved Rhode Island in 2008 to retire. Instead, Steve started a career as a Producer/Host of the Lesson Tee© Show. In its eighth year the one hour live program is followed in over 50 countries. Steve is a freelance golf writer and member of the GWAA, (Golf Writers Association of America). He is a contributor to New England Golf Monthly magazine and various golf websites including the Golf Content Network.

Currently Steve is the only Fluid Motion Factor®, (FMF)/ Focus Band® (FB) certified teaching professional in New England. “The FMF helps students improve their ball striking and game by learning to access those deeper levels of the brain where motion is created. With FB it is now possible to see what the brain is doing in real time enhancing the learning process.” 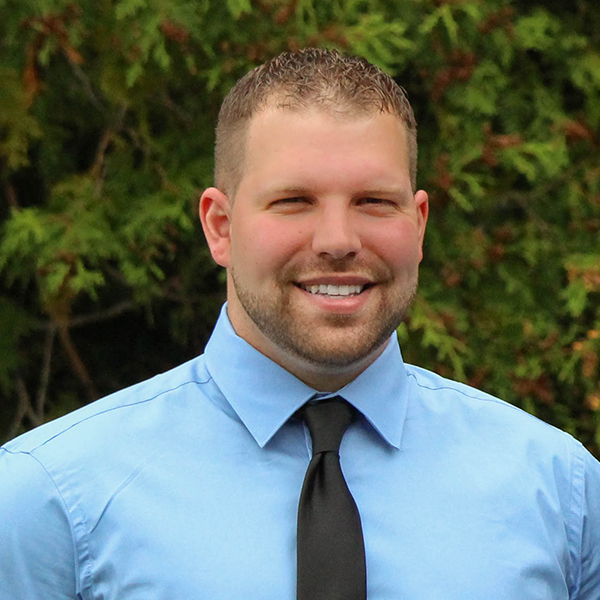 I have been in the business of personal training for the past 6 years. I have numerous certifications varying from Sports Specific Training, Nutrition, and Physical Therapy Assistant. Understanding the way the body is designed to move efficiently and pain free is the key to longevity in a client's health and well being. By utilizing multiple screening techniques such as the FMS, TPI, and the CAFS I can diagnosed almost every and all dysfunction, asymmetry, stability issue, mobility issue, etc. in every person. "If you don't test, it's just a guess", is not only TPI's philosophy but mine as well. Having a baseline foundation of a clients ability to move fluidly without stagnation not only prevents injury but enhances the ability for optimal peak performance.

Anyone can make someone sweat and exhaust muscles but WHY do we do the movements or corrective exercises that we choose? What is the SCIENCE behind why we do this? How will this help our clients move more efficiently and without pain or injury? How will this improve our performance for golf, baseball, football, etc.? Everyone has pain, tightness, soreness, discomfort when doing some sort of activity in life but no one knows WHY or WHERE. Assessments are essential and is the key for professional success. 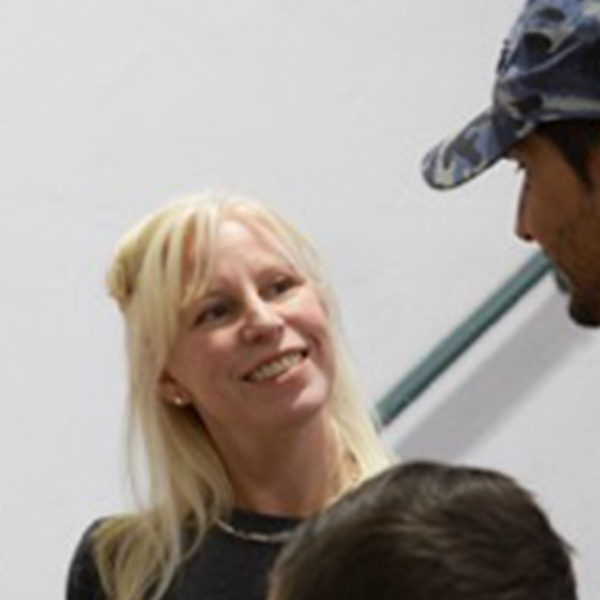 Andrea has worked as a researcher at several Boston based Biotech companies and spent 4 years working at Babson College athletics. She is a frequent speaker at Sport Conferences on Performance Nutrition and Optimal Training. You will often spot her on the ice coaching.

Andrea is a professional member of: 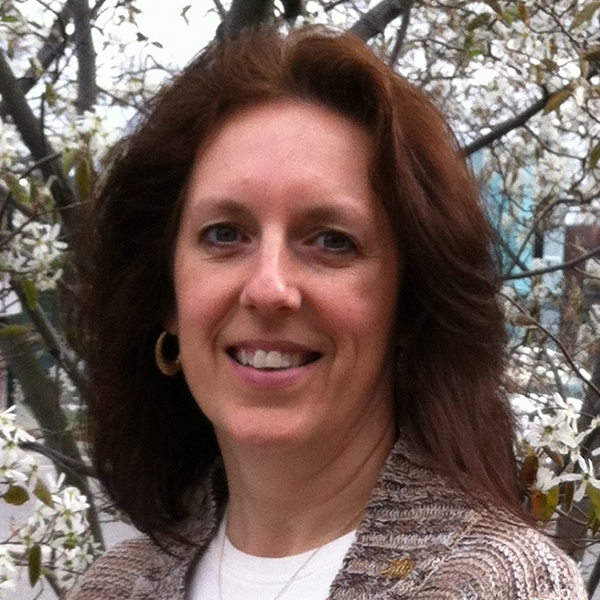 Dawn Spolidoro is a Registered Nurse. She has worked in hospitals, doctor’s offices and as a visiting nurse. She earned her nursing degree from New England Baptist School of Nursing in 1987. Her own health issues have led her on a journey of using alternative methods of healing but nutrition remains her focus. Dawn’s nursing background is being used to educate people on the importance of good nutrition in order to stay healthy and help prevent illness. She enjoys gardening, cooking, traveling, and having fun ~ Laughter is the best medicine ~ 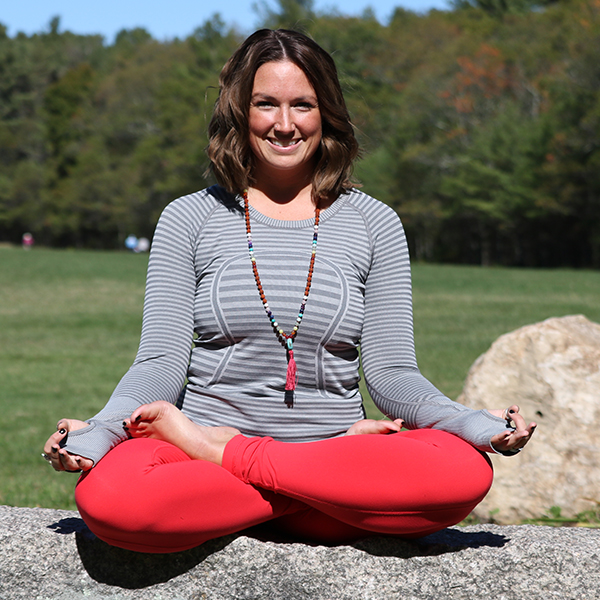 Meg has been practicing yoga off and on throughout the last 4 years. She finally decided to further her yogic journey by getting Yoga Alliance Certified as a Power Vinyasa Yoga instructor in the Fall of 2014. After completing her 3.5 month intensive 200hr YTT program in January 2015, Meg dove head on into teaching with all her love and positive energy. Since then, Meg has been able to experience a tremendous amount of growth both on and off of her mat.

She teaches different styles of yoga - accommodating all bodies and minds. She also offers a unique skill set by incorporating Reiki healing, in which she became certified in her first and second levels of healing back in the summer of 2014. Meg is energetic, mindful, and compassionate. She thrives on bringing positive healing energy to her students and we are so excited to have her energy in our space at The Field House!

UPCOMING EVENTS CHECK IT OUT!

The FieldHouse is prepared and ready to host any sports team, family outing, fitness or recreational class, and any other activity that could benefit from our convertible sports facility. Get in touch with us using the form to the right, or contact us via phone or email!

Interested in finding out about upcoming events or other FieldHouse news? Sign up for our newsletter to get the latest and greatest information from us!